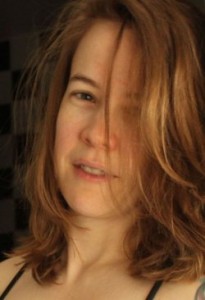 Cheerfully you’ve got grasped the energy of betting and wagering, which is why you might want to play free casino slots forthwith. These slots have developed to be a ton all the more well-known yet regardless individuals are obscure towards the genuine truth of the best route to initiate, when to begin, what precisely is vital to get started, et cetera Free Casino Slots for Immediate Play

Jennie Wood is a non-binary author, comic creator, musician, and optioned screenwriter currently living in Boston. Jennie created the critically acclaimed, award-winning Flutter graphic novel series. Featured in The New York Times, Boston Globe,and on Law & Order: SVU, Flutter was named one of the best LGBTQ graphic novels of 2013 and 2015 by The Advocate. In November 2018, Dark Horse Comics published The Flutter Collection, all three volumes combined into one book. That collection won the Next Generation Indie Book award for best graphic novel of 2019. Jennie is also the author of the YA novel, A Boy Like Me, which was a Next Generation Indie Book awards finalist, an INDIEFAB Book of the Year finalist, and one of Foreword Reviews’ 10 Best Indie YA novels for 2014. Jennie’s work can also be seen in The New York Times best-selling, award-winning FUBAR anthologies, The New York Times best-selling and Eisner award-winning anthology Love is Love, the Harvey-nominated 27, A Comic Anthology, Baroque Pop, and Cosmic Love, an anthology inspired by the music of Florence + the Machine.

Jennie also currently works at the American Academy of Arts & Sciences, an independent research center that was founded during the American Revolutionary War. Before working at the Academy, Jennie wrote dozens of non-fiction features for infoplease.com and taught writing at Grub Street.